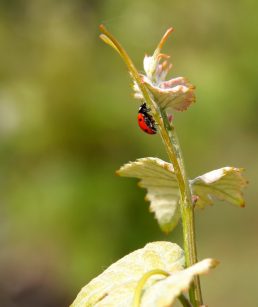 An organic wine is a wine made from organically grown grapes. Its method of production is based on a respect for nature and the environment.
Organic agriculture specifications demand much more restrictive methods than that of conventional viticulture. The use of chemical fertilizer, pesticides and herbicides is forbidden and regular tillage of the land is required. 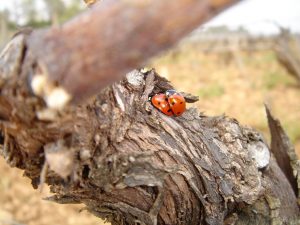 – Protecting the water resources and the water table from chemical pollution of agricultural origin.
– Cultivating the vine in harmony with its immediate environment (the woods and hedges, the insects…)
– Promoting a greater aromatic concentration in the wines and expressing the character of the land by preserving the microbial life in the soil.
– Using fermentation yeasts certified as not genetically modified and using just the right doses of sulphur dioxide. 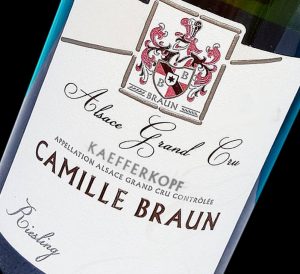 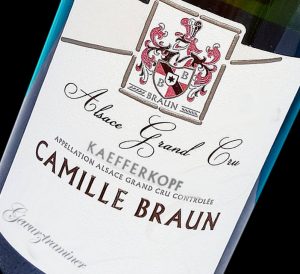 On the road of wines, in the heart of the vineyard of Alsace, is located a peaceful village of Orschwihr, home to the Braun family. At the top of the unusual hill of Bollenberg, the chapel peaks and overlooks this village. All around extends the family vineyard in the prestigious terroirs of Pfingstberg, Bollenberg et Lippelsberg. In 1960, Camille Braun decided to stop polyculture to focus on the most beautiful of all, viticulture. 27 years later, he entrusted the responsibility of the estate to his children, Christophe et Marie-Laure. Today, the vines extend to the village of “Uffholtz”, birthplace of Chantal, the wife of Christopher. Their use of the vine is respectful of the environment and the originality of the different soils. The estate’s wines express themselves with a great honesty and a perfect balance 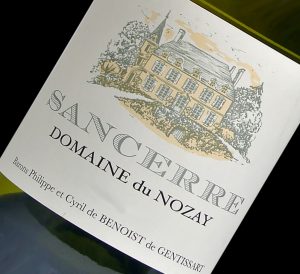 Around the village of St. Gemme is located a beautiful 17th century property. At its centre radiates a majestic castle, the Nozay. Acquired by the De Benoist family at the end of the 19th century, the area became a vineyard in 1971 when Philippe and Marie-Helène decided to plant vines. Today, 15 hectares of Sauvignon surround the castle. This isolated and preserved environment is an exception in the Sancerre region. Cyril de Benoist, aware of his privilege, applies himself to extracting its quintessence. After gaining experience at Bouzeron with his uncle Aubert de Villaine, the current co-manager of the legendary Domaine de la Romanée-Conti, he joined the family estate in 1991. Careful of whatever he does, the meticulous winegrower recently installed a weather station to combat against parasites of the vine. Constantly listening to his vineyard, he seeks to understand its soil to better support it. In his cellar, surprisingly dug into a north exposed mound, he vinifies his wines in the traditional way. His Sancerre is remarkably intense. The Nozay estate remains a family winery, isolated in a haven of peace and tranquility. The wine made there is totally like him 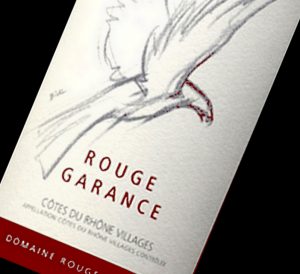 It is close to Pont du Gard, in the quiet village of St Hilaire d’Ozhilan, that Bertrand and Claudie chose to settle in 1997. After 20 years as winegrowers for the local cooperative, their great adventure began. With the support of their neighbour and friend, famous actor Jean-Louis Trintignant, their dream became reality. Their flight was immortalized by the great artist, Enki Bilal, who illustrated the first label of a bird which has now become the emblem of the estate. But here, the star is Bertrand, the soul of the wine. In constant search of progress, he works with rigour and precision. Its vines are cultivated organically, the harvest is manual and the vinifications are natural. With the precious help of Claudie, his wife, he cultivates a subtle freshness, fragrance and smoothness. 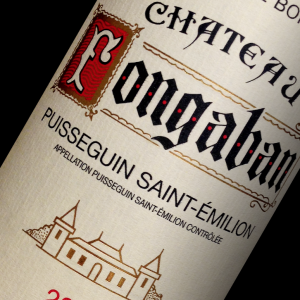 Chateau Fongaban is an historic property situated in the commune of Puisseguin with vineyards stretching across the administrative border of two appellations (Puisseguin Saint-Emilion and Castillon Côtes de Bordeaux).  My grandfather, wanting to protect his family from the difficult times that were to come, acquired the domain in 1932. From 8 hectares at that time, it extends to 40 hectares today, mostly on shallow clays. The wines behave well and are always intensely coloured and aromatic.